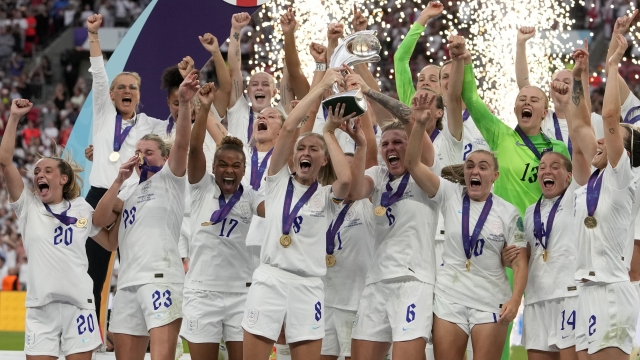 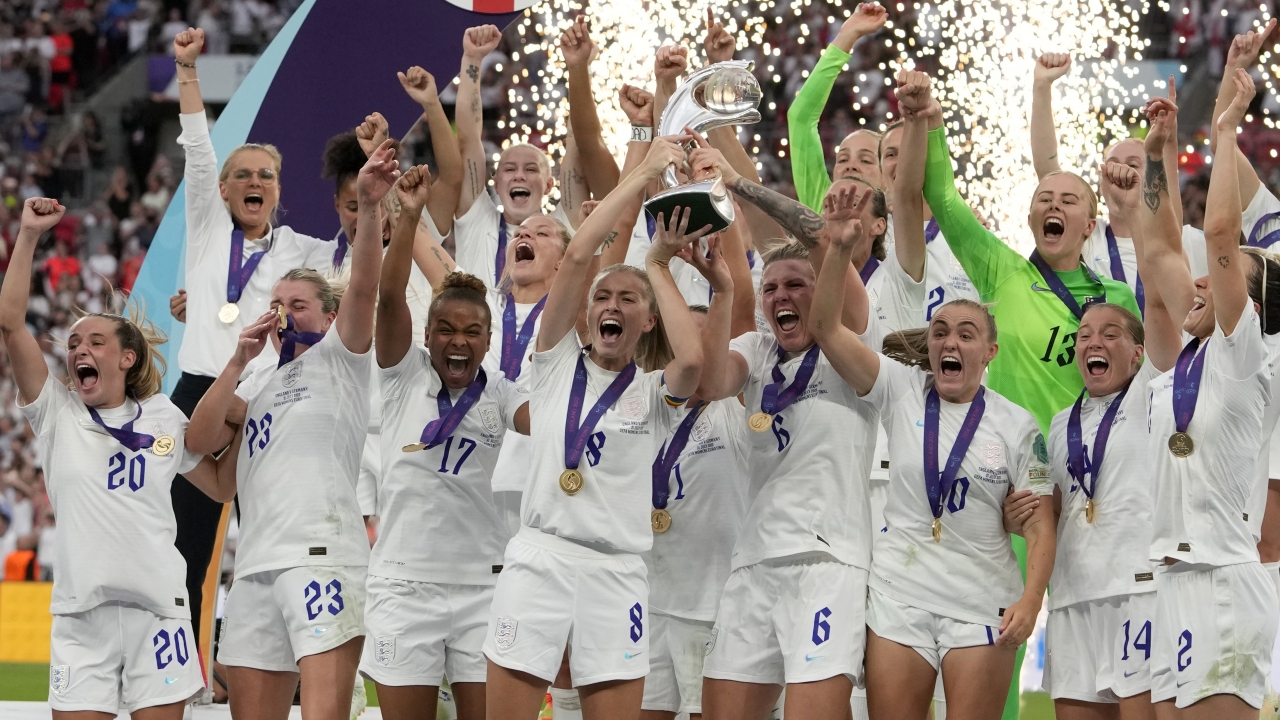 Just when it seemed England might again be weighed down by expectations and history, Chloe Kelly made the breakthrough.

Kelly's goal in the second half of extra time — the first time she had ever scored in a competitive international game — propelled England to its first major women's soccer title on Sunday, beating Germany 2-1. 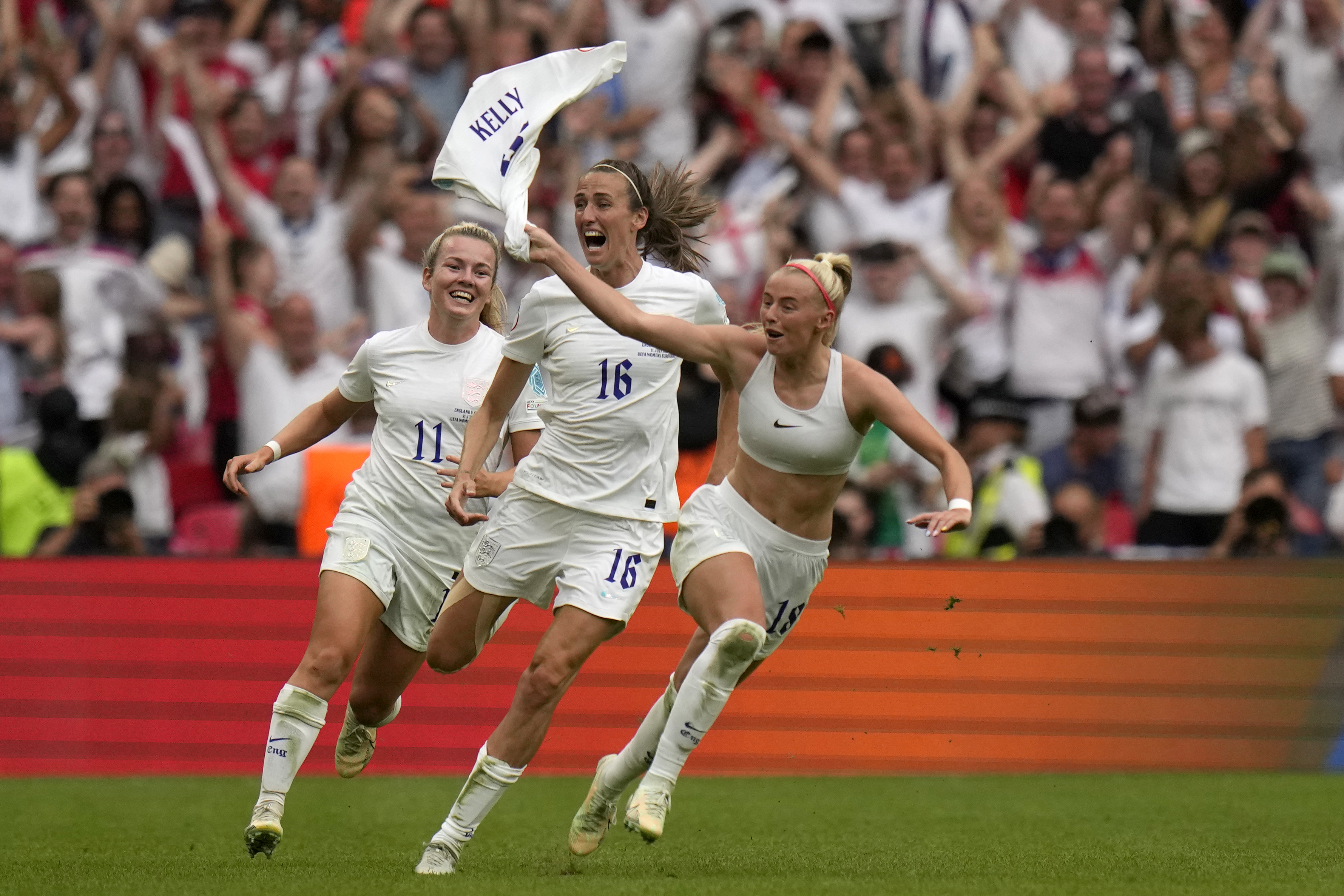 By the time Kelly scored, England looked to be tiring, even with the boost of the home crowd, and struggling to deal with Germany's fresh substitute players. The game had finished 1-1 after 90 minutes at Wembley Stadium with Lina Magull for Germany canceling out Ella Toone's goal for England.

Then Kelly prodded in a loose ball at the second attempt in the 110th minute after Germany failed to clear a corner. Cue the celebrations, chants on Trafalgar Square, and congratulations from the queen.

"I always believed I'd be here, but to be here and score the winner, wow. These girls are amazing," said Kelly, who returned from a serious knee injury in April. "This is amazing, I just want to celebrate now."

Kelly took her shirt off to celebrate her goal, earning a yellow card but also a shout-out from Brandi Chastain, who celebrated in similar style when her penalty kick won the World Cup for the U.S. in 1999. "Enjoy the free rounds of pints and dinners for the rest of your life from all of England. Cheers!" Chastain wrote on Twitter.

After the final whistle, the England players danced and the crowd sang their anthem "Sweet Caroline." The good-natured atmosphere inside the stadium Sunday drew contrasts with the violent scenes when the England men's team lost its European Championship final to Italy at the same stadium a year ago.

The tournament-record crowd of more than 87,000 underlined the growth of women's soccer in Europe since the last time England and Germany played for a continental title 13 years ago.

On that occasion, Germany surged to a 6-2 win over an England team which still relied on part-time players. Two years later, England launched its Women's Super League, which has professionalized the game and grown into one of the main competitions worldwide.

That has meant increasing competition for Germany, which was a pioneering nation in European women's soccer and increasingly faces well-funded rivals like England, Spain and France.

England's title comes 56 years after the nation's only major men's title which was also an extra-time win at Wembley over Germany at the 1966 World Cup. Queen Elizabeth II's congratulatory message called the England team an "inspiration for girls and women today, and for future generations."

The players, too, are conscious of how their success has important consequences.

"We talked and talked and finally we did it," England captain Leah Williamson said. "It's the proudest moment of my life so I'm going to lap it up and take every single second in. The legacy of this tournament and this team is a change in society. We've brought everyone together."