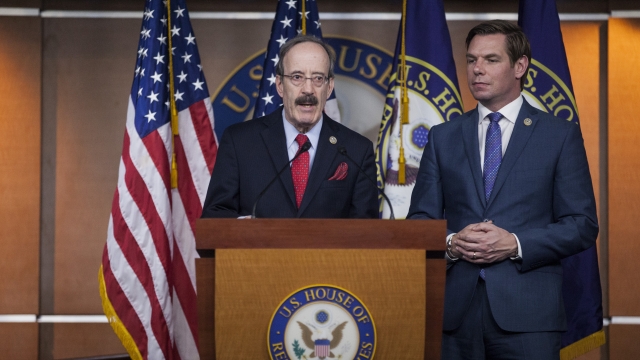 The administration sent Congress a mandatory report on why it believes Soleimani's killing was justified. It said his killing was "in response to a series of escalating armed attacks that Iran and Iran-supported militias had already conducted against the United States."

Democrat Rep. Eliot Engel, the chairman of the House Foreign Affairs Committee, said in a statement that the report "contradicts the President's false assertion that he attacked Iran to prevent an imminent attack against United States personnel and embassies." Engel also said, "The administration's explanation in this report makes no mention of any imminent threat and shows that the justification the President offered to the American people was false, plain and simple."

Engel also said "the administration falsely claims Congress had already authorized the strike under the 2002 Iraq war resolution." Last month, the House voted to repeal the 2002 resolution. The Senate still has to vote on it.

Lawmakers have also taken other steps to limit the president's power to engage with Iran. Just this week, the Senate passed a resolution barring the president from taking further military action in Iran without congressional approval. The resolution hasn't had a House vote yet.

Secretary of State Mike Pompeo is scheduled to testify before the House Foreign Affairs Committee on Iran and Iraq policy on Feb. 28.