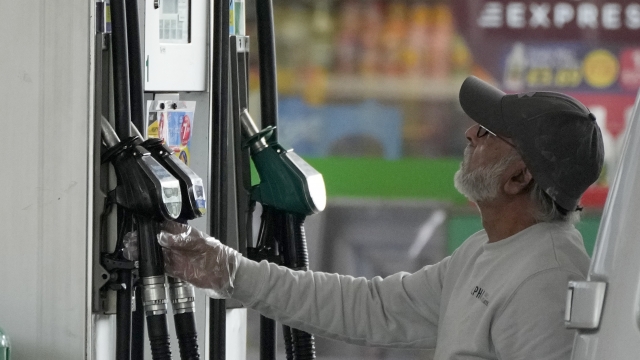 SMS
Energy Standoff With Russia Leaves Millions Unable To Afford Heating
By Luke Hanrahan
By Luke Hanrahan
September 7, 2022
In Britain, businesses are on the brink, and parents are already skipping meals to pay their electricity bills due to high energy costs.

Fish and chips — a delicious British staple — was relatively cheap to produce until now.

A reduction in Russian gas supplied to Europe has caused energy bills for restaurant owner Harri Niaza, who owns Olley’s Fish Experience, to be twice as expensive. Inflation has caused the cost of potatoes and fish to double.

"Gas and electricity is affecting every single person and that’s our issue. I need to re-think how we operate. Cut hours down to make it leaner? Just open two hours in the evening, you know 'queue up get your food – bye bye'. But how are my staff going to survive?" said Niaza.

Russia is to blame for the increase in energy costs because of soaring prices of wholesale natural gas after Russia sharply cut its supplies to Europe.

The UK relies heavily on gas to generate electricity, and bills have already increased by 50%.

Millions of people are already struggling to cope as energy and food prices skyrocket during the country's worst cost-of-living crisis in a generation. The energy increases, together with rapidly rising food costs, are expected to trigger a recession later this year. 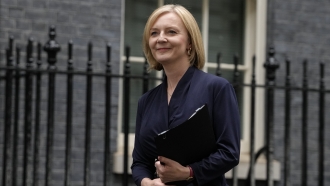 People are desperate for answers as to how they’re going to go about paying their bills this winter.

"Prices have increased two fold and I wonder how people are going to cope. I’m finding it difficult. I hope not many people are finding it as difficult as I am," said Victor Yobo, a UK resident.

"This is the hardest that I’ve ever known it, it’s really difficult. Particularly post COVID. It's a real struggle just staying afloat really," said Michael Dombey, a UK resident.

"I’m worried for my son and the younger people, I don’t know? We’re in trouble — we’re in trouble," said Carol Edwards, another UK resident.

For Michael O’Keeffe and his wife Eileen, the cost of making a cup of tea has tripled.

There’s only one harder time they can remember.

"We got through the war and the rationing, and we will get through it. But I think for the next six, eight, nine months it’s going to be very, very difficult," said Eileen.

Britain is not alone in its battle to control rocketing costs, with millions being forced into poverty across the continent as Europeans suffer the consequences of Russia’s war in Ukraine; and the knock effect of gas supplies from east to west being switched off.