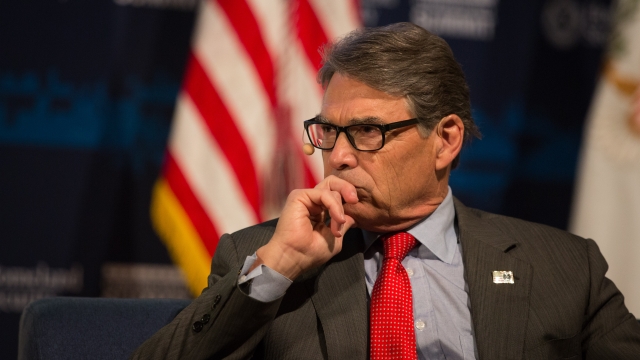 The Energy Department has agreed to release a trove of records related to the Trump administration's dealings with Ukraine.

According to a joint status report filed Monday, the Energy Department agreed to start releasing records on Perry's Ukraine communications and the Ukraine delegation by Jan. 28. Documents related to communications with Giuliani are slated to be released by Feb. 4, while another cache of Ukraine-related documents will be released by March 16.

Perry, who stepped down as energy secretary late last year, was one of several administration officials who were subpoenaed as part of the impeachment inquiry into President Trump.