'Endgame' Beats 'Avatar' As Highest Grossing Film Of All Time 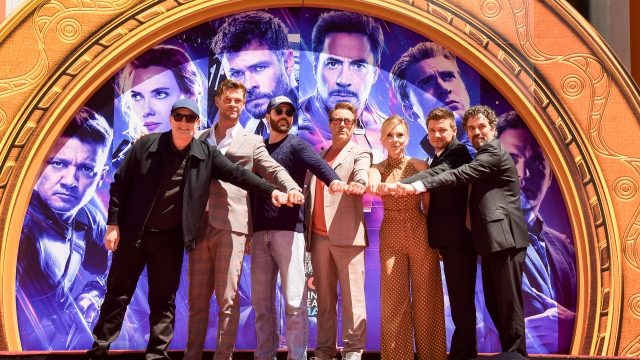 The Avengers didn't only defeat Thanos in their latest blockbuster —"Avengers: Endgame" also took down James Cameron's "Avatar" and it's 10-year title as the highest grossing film of all time.

"Avatar" brought in $2.7897 billion dollars at the global box office, but the Disney and Marvel sci-fi epic crossed that threshold in its 13th weekend out, bringing in a record $2.7902 billion globally.

"Avengers: Endgame" shattered the box office record for the best opening weekend ever when it was first released in April.

The next month, the film beat the second most successful film of all time — another James Cameron masterpiece — "Titanic." Cameron congratulated the "Avengers: Endgame" team for outgrossing the film, saying: "An iceberg sank the real Titanic. It took the Avengers to sink my 'Titanic.'"

"Avengers: Endgame" was re-released in theaters in June with a deleted scene and a new introduction from director Anthony Russo in hopes of making a bigger impact and dethroning "Avatar."

President of Marvel Studios Kevin Feige shared his gratitude while speaking as part of the Marvel panel at San Diego Comic-Con saying: "Thanks to you, Avengers: Endgame is the biggest film of all time." Anthony and Joe Russo — the film's directors — also shared their gratitude on Twitter thanking "the greatest fans in the universe."