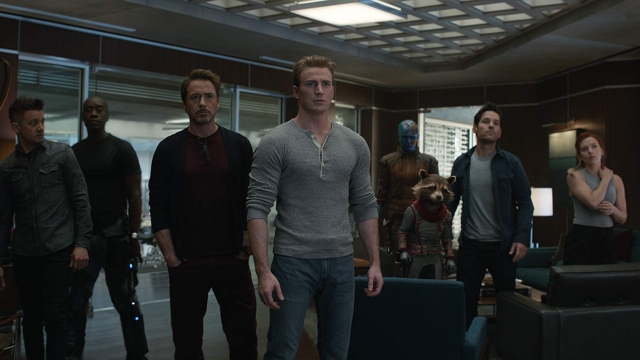 You might think "Avengers'" passionate fan base and ginormous box office success would spell bad news for other movies hitting theaters. But it's actually the best outcome Walt Disney Studios' competitors could have hoped for.

It all has to do with a magic number called a "multiplier." It indicates a film's staying power in theaters.

To calculate, you divide a movie's total domestic box office by the amount of money it made in its opening weekend. The average multiplier for a blockbuster is around 3.

Some films, though, have had a lot more box office stamina. Like "Titanic," which ended its almost 10-month run in theaters with the highest multiplier of all time: 21.

Or 2017's "The Greatest Showman" — the original musical that became a word-of-mouth success and earned a multiplier of 19.8 after grossing less than $9 million in its opening weekend.

But because an unprecedented number of people rushed to theaters to see "Endgame" during its first few days in theaters, its multiplier is rather low — around a 2 — showing fewer people are buying tickets to see these superheroes in action each week.

And that's good news for other films hitting theaters this summer. "Endgame's" multiplier hints that viewers aren't necessarily returning to theaters for repeat viewings, so if they do want to see a movie, they'll be searching for something else.

After all, a recent Motion Picture Association of America report said the typical moviegoer purchases about five tickets per year — most of which are in the summer.

Studios are banking on a summer of sequels, remakes, more superheroes and an Elton John biopic to lure those moviegoers. And — fingers crossed — lure them in more than once. In order to make up for a dismal winter and spring that saw revenues plummet to multi-year lows, analysts say the domestic summer box office needs to bring in a record $5 billion in 2019.

And that's a feat that's going to take a whole lot more than the Avengers.