Migrant Deportations Could Accelerate As DHS Ends 'Catch and Release' 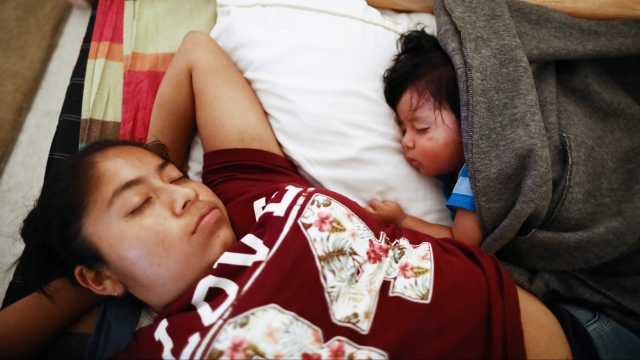 The Department of Homeland Security is ending a policy that allowed migrant families from Central America to be released from detention centers to await immigration proceedings in U.S. communities.

The change means two things for thousands of migrants who have fled countries including Honduras, Guatemala and El Salvador:

Those who may have come for economic reasons, to escape poverty or lack of opportunity, will likely face expedited deportation. People applying for asylum in the U.S. for fear of gang violence or other persecution will be sent to Mexico to await hearings.

McAleenan declared Monday: “With some humanitarian and medical exceptions, DHS will no longer be releasing family units from Border Patrol Stations into the interior" of the U.S. He called the move "vital in restoring the law and integrity to our immigration system."

"What we're doing with Central American families now that's ending the catch and release process is that if they don't have a fear or claim, they're going to be repatriated in a streamline fashion or if they do have a fear or claim asked to wait under the Migrant Protection Protocols in Mexico. So they will not be currently held on the U.S. side of the border, even in the family residential centers."

During his policy announcement before the Council on Foreign Relations, McAleenan acknowledged that tens of thousands of Central Americans are seeking to escape "poverty and food insecurity" as well as "continued high levels of violence."

He noted U.N. World Food Program findings that 64 percent of Hondurans live in poverty, and 63 percent of Central American migrants cite a lack of food for trying to reach the U.S.

In May, Customs and Border Protection officers encountered a record 144,000 migrants crossing the Southwest border. Some 72 percent were families and children.

McAleenan cited stepped-up enforcement as since cutting the flow of migrants by over 70 percent. However, migration traditionally drops during hot summer months.