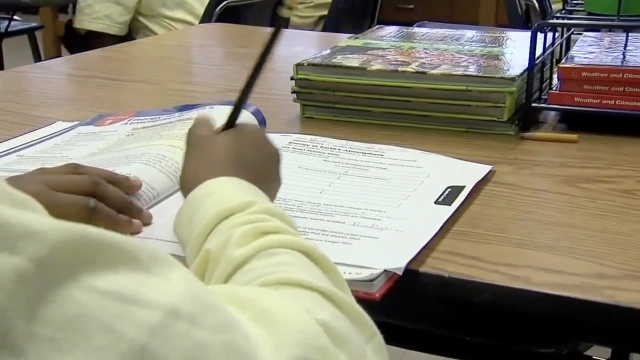 Diversity in the classroom is a matter close to the hearts of many educators.

According to the National Center for Education Statistics, about 8 in 10 U.S. public school teachers, or 79%, identified as non-Hispanic white during the 2017-18 school year. Less than 7% identify as Black and only 24 % are male. In Cleveland, just 2% identify as Black males.

All the while, the demographics of school districts including here in Northeast Ohio are far more diverse, with populations of Black, Hispanic and Asian American students increasing rapidly — making up nearly half the classroom.

The push to diversify educators is now in full swing.

"We want Black male educators, as well as other educators of all races," said Bruce Ransom. "It's very important that students have someone to look at as a role model. And what better person than a Black educated man to have them help guide their education in their learning and also life choices?"

Ransom, an educator at CMSD for the past 27 years, is the chair of Black Men Teach Cleveland. He said the group has a five-phase theory of action to help attract more Black men to be teachers by offering ways to help them grow professionally.

"I think it's very important that we are visible in the classroom settings because there's so few of us. I didn't run into my first Black male teacher until I was in college," said Aaron Eatman, an educator at Warrensville Heights City Schools, said in the YouTube campaign video.

This story was originally published by Meg Shaw on news5cleveland.com.