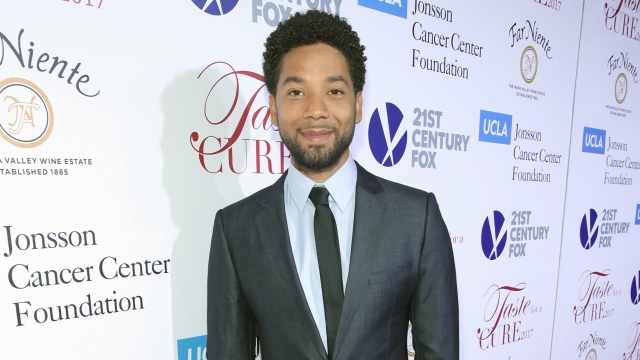 Chicago police are still investigating the alleged assault on "Empire" star Jussie Smollett, and new details have given us a better picture of the timeline.

Police disclosed to CNN Thursday that an envelope with a letter and white powder was sent to the Chicago set of the hit Fox drama on Jan. 22, prompting a hazmat response. Police declined to reveal the contents of the letter but said the powder turned out to be aspirin.

Exactly a week later, Smollett, a black and openly gay actor, said he was attacked by two men. They allegedly yelled racial and homophobic slurs and poured an "unknown chemical substance" on him while beating him.

At some point, one of the attackers reportedly tied a thin rope around the actor's neck. According to The New York Times, Smollett later told police the suspects yelled, "This is MAGA country" as they attacked him.

Smollett, who was on the phone with his manager as the attack happened, then retreated to a nearby hotel where his manager was staying.

Police requested Smollett turn in his cellphone to verify the phone call, but Smollett declined and police aren't going to force him to. The police department superintendent told NBC Chicago: "He's a victim. We don't treat him like a criminal."

On Friday, Smollett spoke out about the attack to Essence, saying he is OK and pushing back against rumors that his story has been inconsistent. He also said that these types of attacks happen to his "brothers, sisters, and gender non-conforming siblings daily" and should not be seen as an isolated incident.

Police are poring over hours of surveillance footage and have found images of two suspects, as well as footage of Smollett entering the hotel with a rope around his neck. They have not found footage of the attack itself.