Lawsuit Alleging That Trump Violated The Constitution Will Proceed 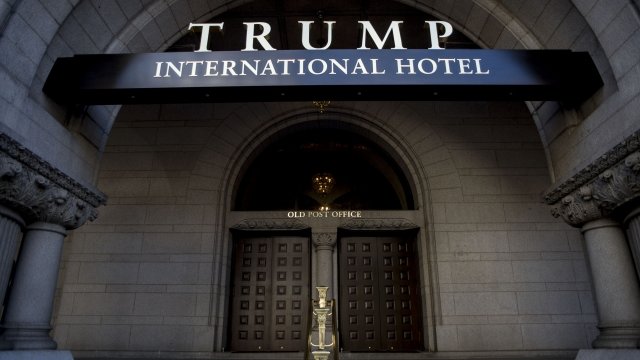 A federal judge rejected President Donald Trump's request to dismiss parts of a lawsuit brought against him by the District of Columbia and the state of Maryland.

The lawsuit claims that Trump is violating the emoluments clause of the Constitution. That provision prohibits any public official from receiving gifts or benefits from foreign governments without permission from Congress.

More specifically, the lawsuit claims President Trump is using the Trump International Hotel and the Trump Organization to illegally profit from foreign leaders staying in his Washington, D.C., hotel, which the plaintiffs argue violates the Constitution.

One of the next steps in the case will be for the parties involved to begin the discovery process. Legal analysts say that might include requesting financial information from Trump, such as tax returns.