Emmett Till's Family Is Hoping They Will Finally Get Justice 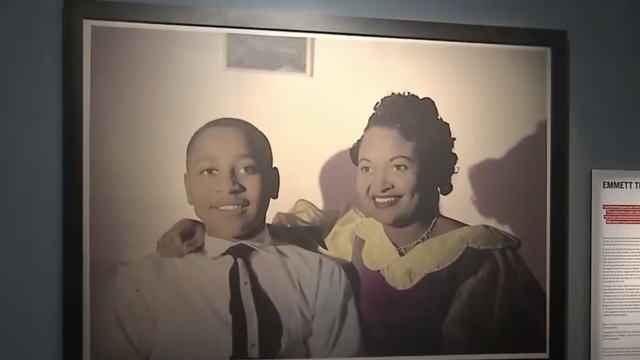 It has been said water always finds a way.

No matter how you may block its path numerous times or even the barriers you use.

Emmett Till’s family is much the same and they’ve been through decades of failed federal and state investigations, deaths of admitted killers and the comments of countless people who believe they should just give up.

"Carolyn Bryant is culpable in the kidnapping and the lynching of Emmett Louis Till. And so we expect that warrant to be executed. And then we expect the D.A., Duane Richardson, to impanel a grand jury and to and we hope with that grand jury this time that there would be a conviction," Watts said.

The year was 1955 — 14-year-old Till was visiting family in Mississippi when he encountered a white woman at Bryant's grocery store.

"He did whistle. But whistling is not it should not be a death sentence. What Emmett did not do, which is what they've clarified, also has made those sexual advances towards Carolyn Bryant," Watts said.

Roy Bryant and JW Milam kidnapped, tortured and lynched till before tossing him into the Talahatchie River.

An all-White jury acquitted them.

But they later admitted to the crime in a magazine interview.

The federal government and state of Mississippi have opened investigations several times with no results.

"I say this not out of disrespect, but they have blood on their hands and they have an opportunity right now to make some decisions to carry out justice, as they should have done in 1955," Watts said.

At the time, the sheriff admitted to refusing to serve Bryant the warrant because she had two small kids.

"We knew from the FBI reports that there was a warrant that was never served," Watts said.

Armed with that knowledge and a team of people. They searched the dark basement underneath the Leflore County courthouse until a family member found this box.

"This box that was turned backwards and started reading and called Terri, my daughter Terri over to read, and we thought, oh, wow, we we found it," Watts said.

"I was totally surprised because I use the example of looking for a needle in a haystack," Stockstill said.

Now that evidence is in a safe location and the sheriff has a copy of the documents.

"I want the federal government, local authorities, to take responsibility for, for what they can do today," Watts said.

"We hear about police officers arresting people all the time on old warrants why isn’t this the same?" asked lawyer Terris C. Harris.

"I'm hoping that those that were responsible for Emmett's murder are held accountable," Watts said.

Minneapolis seems to be a hot bed for civil rights cases over the past decade. From Philando Castile to Daunte Wright to George Floyd.

The Emmett Till legacy foundation, based in Minneapolis and run by Watts, advocates for legislation and policies to stop racially motivated violence.

Family members say for them, justice looks like correcting missed opportunities from the past. This warrant is the first step.