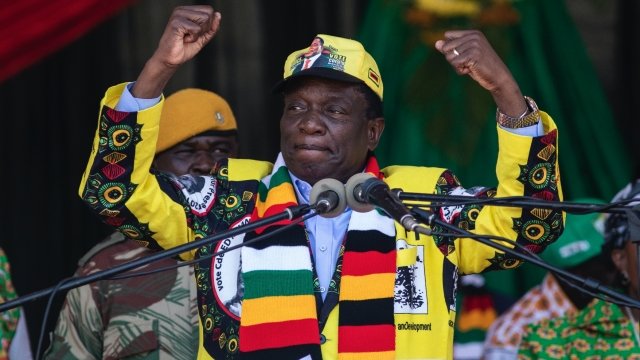 Once Robert Mugabe's vice president, Mnangagwa was installed as leader after a military coup.

Mnangagwa was at one time Mugabe's vice president and right-hand man. But a coup last year ousted Mugabe from his nearly four-decade rule and put Mnangagwa in power.

Mnangagwa's main opponent had questioned the election's fairness, and European Union officials said Mnangagwa's use of state media and the military created an "unlevel playing field." But Mnangagwa did allow international monitors into the country for the first time in nearly 20 years, and voter turnout was one of the largest in Zimbabwe's history.

A brief outbreak of violence between opposition protesters and armed forces in the nation's capital left six dead. That led Zimbabwe's electoral commission to start announcing Monday's poll results on Thursday, a day earlier than expected.