Why The #MacronLeaks Didn't Make Much Of A Difference After All 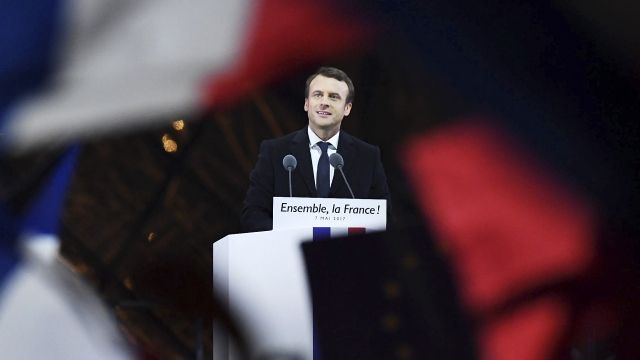 SMS
Why The #MacronLeaks Didn't Make Much Of A Difference After All
By Jake Jones
By Jake Jones
May 8, 2017
Emmanuel Macron's campaign learned from what happened in the U.S. and prepared for hacks.
SHOW TRANSCRIPT

It seemed like deja vu: Hackers with suspected ties to Russia leak campaign emails from an election's front-runner, possibly with the intention of helping to elect a populist candidate.

Similarities abound between what happened to the Democratic National Committee and repeated hacking attempts on French centrist Emmanuel Macron.

On top of that, the campaign was only able to issue a short response before an embargo on political discussion went into effect in accordance with French law.

But the leaks didn't seem to hurt Macron's campaign that much; he beat far-right challenger Marine Le Pen by more than 30 points. So why didn't the hacking have as much traction?

First and foremost, the French candidate learned from what happened here in the U.S.

Macron's campaign says it anticipated and took measures to guard against certain hacking schemes like phishing. In addition, his digital campaign chief advised against sharing any sensitive information via email.

Also, journalists in France respected the embargo and subsequent warning by the country's election commission not to report on the leaks.

And France has a very different media culture from the U.S. One leftist newspaper editor told The New York Times the country doesn't have a strong right-wing media infrastructure that would benefit from heavy coverage of the email leaks.