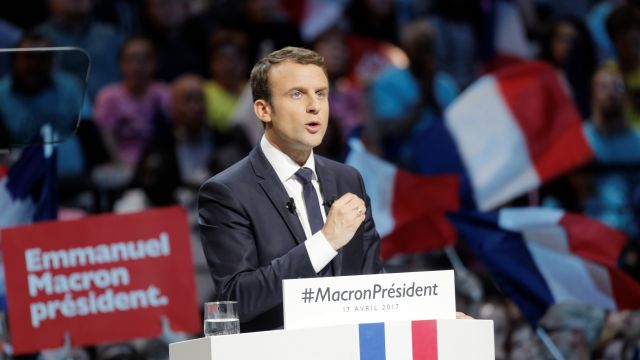 Centrist banker and political newcomer Emmanuel Macron has defeated nationalist Marine Le Pen in the runoff of the French presidential election, reaffirming the country's stance with the European Union and the continent as a whole.

Le Pen is anti-immigration, anti-globalization and anti-European Union. Until advancing through the first round, she was the leader of France's National Front party.

Macron had a more than 20 percentage point lead going into the election. Hours before the vote, hackers leaked campaign documents they claimed showed he had an offshore bank account.

But that news really didn't get much traction in France, partly due to an existing law that prohibits journalists from covering anything political the day before and the day of the vote.

Analysis has shown many of the online entities circulating the leaked documents were Americans on sites like Reddit and 4chan. None of the information has been verified.

Macron's inauguration will happen within 10 days of the election.