How Did The G7 Meetings Go? Depends On Which World Leader You Ask 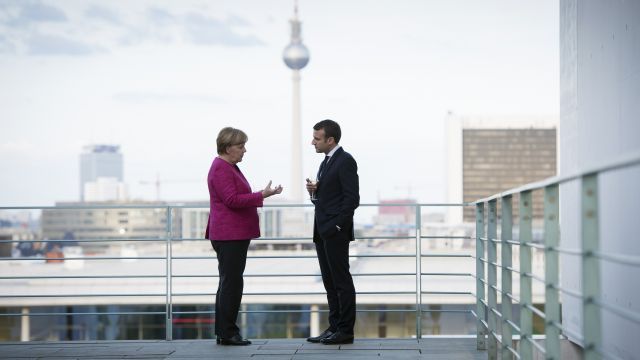 SMS
How Did The G7 Meetings Go? Depends On Which World Leader You Ask
By James Packard
By James Packard
May 28, 2017
Donald Trump applauded his ability to "strengthen" American bonds, while German's chancellor said it's apparent Europe is on its own.
SHOW TRANSCRIPT

President Donald Trump is back at the White House after his first international trip, applauding his work overseas. But some other world leaders have a different view of the NATO and G7 meetings — most notably Germany's Angela Merkel and France's Emmanuel Macron.

"It was a tremendously productive meeting where I strengthened America bonds. We have great bonds with other countries," Trump said Saturday.

Merkel said she left the meetings in Italy and Brussels feeling like: "The times in which we could completely depend on others are on the way out. I've experienced that in the last few days."

While she didn't mention Trump by name, the allusion is certainly there. She and the president don't have a particularly warm relationship. And Trump has openly attacked agreements that the U.S.-Germany relationship was built on, including NATO. 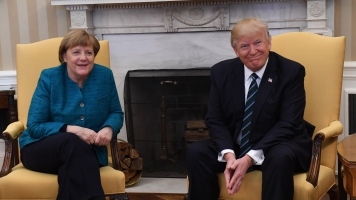 "23 of the 28 member nations are still not paying what they should be paying and what they are supposed to be paying for their defense," Trump said.

And then there's reaction from the new French president, whose handshake with Trump made some people cringe — including the men shaking hands.

Macron said the intensity of that handshake was no coincidence.

"It wasn't innocent," he told a French newspaper. "You have to show you won't make small concessions, not even symbolic ones."

Those reactions from two of Europe's most powerful leaders are in stark contrast to Trump's takeaway from the meetings.