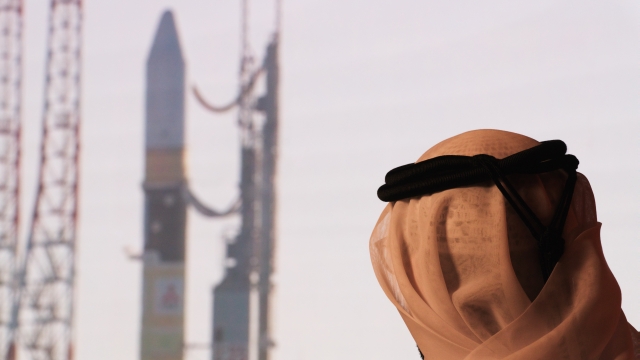 The United Arab Emirates is the latest country to successfully launch a spacecraft to Mars.

The unmanned ship, called Hope, was launched Sunday morning from Japan making it the first such space mission from the UAE — and the Arab world.

The plan is to orbit Mars to study the planet's weather for a full Martian year — that's 687 days on Earth.

"For the first time, the scientific community around the world will get a holistic view of the Martian atmosphere at different times of the day at different seasons. So there has been missions that has been sent before to study the Martian atmosphere however it's been only for a specific time of the day at specific season," said Emirates Mars Mission Project Director Omran Sharaf.

The ship is expected to make the 38-million-mile journey to Mars by February of next year. The U.S. and China plan to launch spacecrafts to the Red Planet later this year.