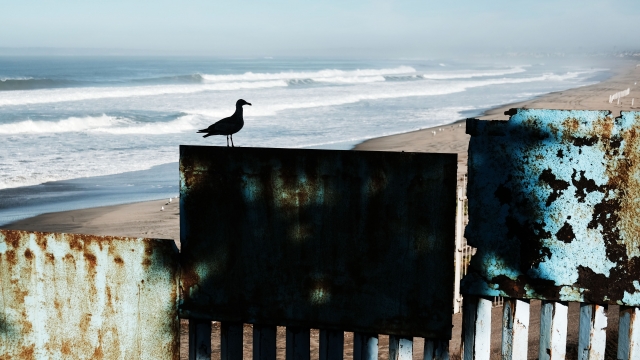 Environmentalists have been suing the Trump administration over border wall plans for years, and the declaration of a national emergency has drawn yet another suit. This time, activists want to stop what they say is an unconstitutional run around Congress — and they warn again that it could increase the threat to the biodiversity on the border.

The southern border of the U.S. crosses six different ecological zones. Parts of it might look like barren desert, but scientists say this is one of the most biodiverse regions in North America.

More than 1,500 different species of animals and plants live right on the border. Sixty-two of them are some level of endangered, and a coalition of biologists and activists warned in a recent paper that the fences and walls that stand today are already enough to damage local ecosystems.

The law as it stands can be damaging, as well. The Real ID Act of 2005 says national security needs can override environmental concerns. As recently as February of 2019, DHS has waived restrictions in the Endangered Species Act so it can build new border barriers in California.

The Center for Biological Diversity has sued over that, too, in all four U.S. border states where new wall projects are underway. Emergency or no emergency, environmentalists want the government to keep ecosystem protections in place.