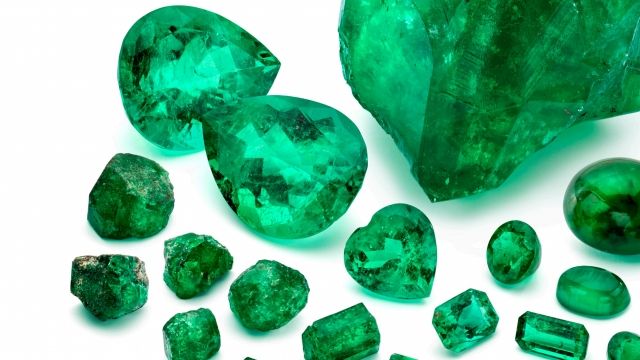 Feast your eyes on the Marcial de Gomar emeralds, a collection of more than 20 loose emeralds and 13 pieces of emerald jewelry.

As Marilyn Monroe once said, diamonds are a girl's best friend.

But we bet even she would kick those rocks to the curb for a chance to own one of the rare Marcial de Gomar gems.

They are part of a collection of more than 20 loose emeralds and 13 pieces of emerald jewelry.

Apparently, $61 million wasn't enough to take home one of the largest diamonds in the world.

The highlight of the collection is one particular group of stunning sparklers.

A treasure hunter found them in 1985 in a shipwreck off the coast of Florida. The ship had sunk in 1622.

Guernsey's auction house is putting the collection up for sale next month in New York.

If you happen to have a few million bucks lying around, it could be all yours. According to CNN, the collection is expected to rake in millions at auction.