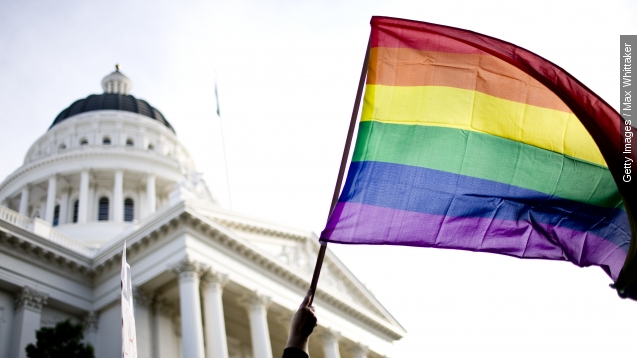 A controversial study that claimed a brief conversation with a gay canvasser could change people's minds about same-sex marriage has been retracted, despite the author's objections.

The study appeared in the prestigious journal Science and made national headlines when it was published last December.

The takeaway message was that talking to a gay person for 20 minutes could make people rethink their opinions about same-sex marriage — a very interesting finding for activists of all kinds.

"Up to a year later, they had changed their beliefs, and they had even changed the beliefs of other people that they lived with," Cenk Uygur of The Young Turks said.

"Do you think that it can happen that fast? That somebody could reach out to somebody and within 20 minutes, open up their mind if they have the right message?" asked MSNBC's Thomas Roberts.

"I mean, I can do it with my students in 30 seconds," said Nicholas Ferroni of Rutgers University.

But just a few months later, Stanford researchers announced their attempt to replicate the study had failed miserably.

What's more, they said study author Michael LaCour's data looked suspicious. They couldn't even get a response rate close to what LaCour had reported, let alone change as many people's minds.

Science issued an expression of concern about the study and began investigating the data, eventually issuing a retraction Thursday afternoon.

Like all major retractions, this one lead to articles explaining why the peer review process isn't perfect, how journalists should be more skeptical and how academia gives scientists the wrong incentives. But what's interesting here is that throughout the controversy, LaCour said he could back up his findings.

After the Stanford paper criticized him, he said on Twitter he was gathering evidence for a comprehensive response and said in a statement on his website that he stands by his findings.

But now that journalists have begun digging into LaCour's work, they've found other inconsistencies. Institutions he claimed gave him grant money told BuzzFeed they'd never given him a penny, and New York Magazine found his CV listed a teaching award he never received.

The whole ordeal put Columbia University professor Donald Green, who co-authored the paper with LaCour, in an awkward spot. He's the one who ultimately asked Science to retract the paper. (Video via Berkeley Initiative for Transparency in the Social Sciences)

He told The New York Times he never saw LaCour's data and gave the then-graduate student the benefit of the doubt. He told the paper: "It's a very delicate situation when a senior scholar makes a move to look at a junior scholar's data set. ... This is his career, and if I reach in and grab it, it may seem like I'm boxing him out."

Critics say Green was too trusting and that LaCour's findings were so extraordinary an experienced scientist should have taken a closer look. It's not clear what will happen to LaCour if he isn't able to answer his critics. He's currently a Ph.D. candidate at UCLA.