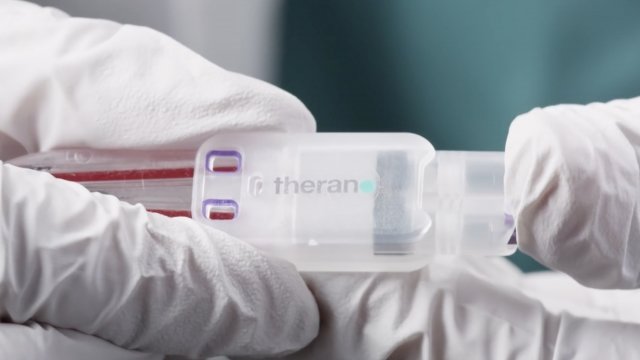 The Wall Street Journal got its hands on an email the company's CEO David Taylor sent to shareholders.

The email said the company is "out of time."

Taylor said in addition to being in default with an investment group, Theranos owes at least $60 million to its unsecured creditors. He said the company will fully dissolve after it takes care of its remaining financial transactions.

The move comes as the company's founder and former president both face criminal charges. In June, a grand jury indicted Elizabeth Holmes and Ramesh "Sunny" Balwani on nearly a dozen wire fraud charges, saying they defrauded investors, doctors and patients.

Theranos was started in 2003 with a goal to revolutionize medical blood tests and was worth an estimated $9 billion at one point. But in 2015, the company's value plunged after news outlets began reporting that its technology wasn't as advertised.

Theranos tried to recover, but couldn't bring enough capital into the company. The Wall Street Journal reports most of Theranos' remaining employees worked their last day at the end of August.