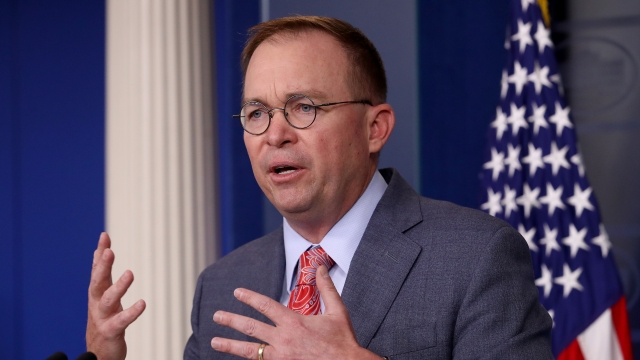 White House officials carried out efforts to justify the withholding of nearly $400 million in aid from Ukraine this summer, according to a new report by The Washington Post.

The newspaper reports that a review by the White House Counsel's Office over if the delay was legal, has revealed email exchanges between White House acting chief of staff, Mick Mulvaney and White House budget officials. Within those emails, White House officials reportedly debated the legality of the aid block and how to defend the decision.

Sources familiar with the records told The Washington Post that in emails in August, Mulvaney asked the acting director of the Office of Management and Budget, Russell Vought, to provide him the legal reasoning for withholding the aid, as well as asked how much longer it could be paused.

The emails reportedly show Vought and White House budget officials arguing that withholding the aid was legal, while the National Security Council and State Department disagreed. According to the newspaper, OMB lawyers said it was legal as long as it was deemed a "temporary" hold.

In response to the report, a spokesperson for the Office of Management and Budget told the newspaper that the White House followed, "routine practices and procedures" in withholding the aid.

According to The Washington Post, two White House officials also say President Trump made the decision to withhold the aid in July, "without an assessment of reasoning or legal justification."