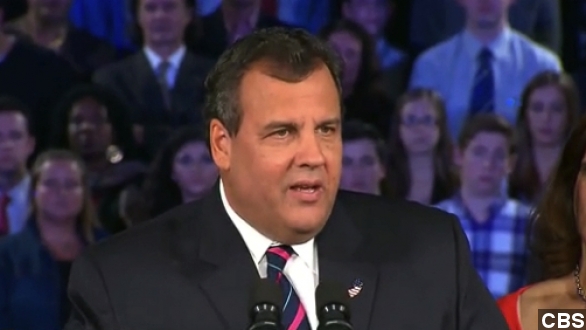 The emails are the first direct evidence the governor's staff knew of the closures and the resulting gridlock it created. Gov. Christie had repeatedly denied his involvement in the matter, and his aides claimed the closures were part of a "traffic study." However, critics began to question the real reason behind the shutdown.

One specific exchange occurred between Bridget Anne Kelly, one of the governor's deputy chiefs of staff, and David Wildstein, Christie's former appointee at the Port Authority. One email obtained by The Bergen Record says: "Time for some traffic problems in Fort Lee," Kelly wrote on Aug. 13. Wildstein replied, "Got it."

Fort Lee is at one end of the George Washington Bridge and is governed by Mayor Mark Sokolich, a Democrat and political opponent of Christie. The gridlock caused by the bridge closure crippled the town for four days.

In a letter obtained by The Wall Street Journal, Sokolich claimed the closure was deliberate and "punitive."

"There are some who are saying that it might have been payback for the Democratic mayor at the edge of the bridge who wouldn't endorse Christie for re-election. And we should know the Christie people all along have said that is an insane idea." (Via The Wall Street Journal)

After seeing the new evidence made public today, Governor Christie maintained his distance from the issue in a statement released by his office.

"What I've seen today for the first time is unacceptable. I am outraged and deeply saddened to learn that not only was I misled by a member of my staff, but this completely inappropriate and unsanctioned conduct was made without my knowledge." (Via Office of Gov. Chris Christie)

He also said he wouldn't tolerate this kind of behavior and that the people of New Jersey "deserve better."

Other leaders such as State Senate Majority Leader Loretta Weinberg are pushing for an investigation to find out if the closures were vindictive. The Star-Ledger reports the investigation has issued several subpoenas but has not brought any parties involved to court.

The Star-Ledger reports the investigation has issued several subpoenas but has not brought any parties involved to court.

Christie has not been shy about his interest in pursuing the Republican presidential nomination in 2016. We'll find out in the coming months whether these revelations tarnish his image.