Elton John Will Hit The Road One Final Time 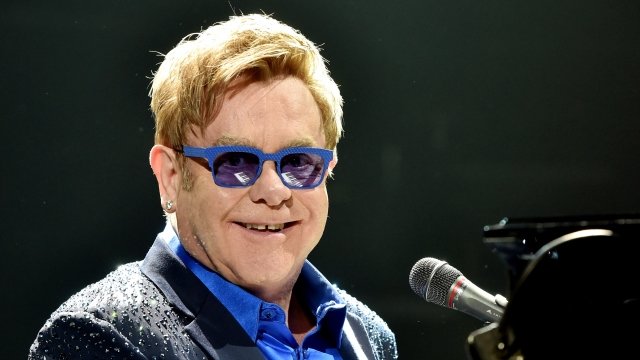 SMS
Elton John Will Hit The Road One Final Time
By Austin Kim
By Austin Kim
January 24, 2018
Elton John's next tour will be his last. The legendary singer said his final three-year, five-continent tour ends in 2021.
SHOW TRANSCRIPT

Elton John is going on one last world tour. Then that's it for life on the road.

He made the announcement in a splashy news conference after performing his hits "Tiny Dancer" and "I'm Still Standing."

The singing legend told Anderson Cooper his priorities have changed and that he wants to spend more time with his family.

The "Farewell Yellow Brick Road" tour starts in September. It will last three years and cover 300 cities on five continents. John said he is not retiring and wants to create new music.

But he is going to slow down. John told the audience his two children will be 10 and 8 years old by the time his farewell tour ends. The five-time Grammy award winner said he's ready to celebrate his accomplished career with his fans.