Elon Musk Likes Most Technology, But He Wants One Sector Regulated 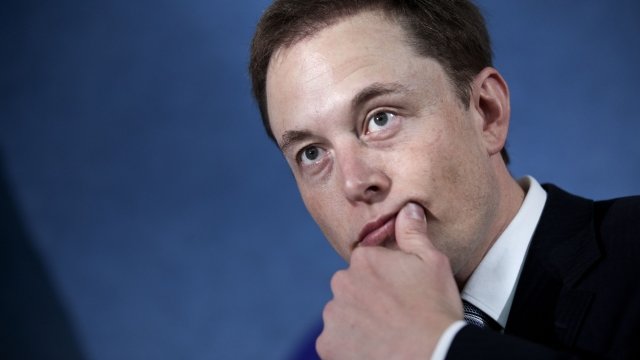 SMS
Elon Musk Likes Most Technology, But He Wants One Sector Regulated
By Jake Jones
By Jake Jones
July 16, 2017
Elon Musk has called artificial intelligence "a fundamental risk to the existence of human civilization."
SHOW TRANSCRIPT

Electric cars, an underground "hyperloop" and a manned mission to Mars are all A-OK for inventor and Tesla CEO Elon Musk. But there's one technology he's still holding out on: artificial intelligence.

That's why he encouraged U.S. governors to get out in front of the industry and do some proactive regulating.

Musk met with state governors at the National Governors Association to talk about different kinds of emerging technology. In addition to A.I., Musk talked about solar energy, space travel and self-driving cars.

"AI is a fundamental risk to the existence of human civilization in a way that car accidents, airplane crashes, faulty drugs or bad food were not," Musk said.

But his feelings towards A.I. aren't anything new.

"I mean, with artificial intelligence we are summoning the demon," Musk said at a 2014 event at the Massachusetts Institute of Technology.

Musk warned that the hyper-competitiveness of the tech industry could push developers to work on A.I. before their competitors. And if that happens without any kind of oversight, Musk says it could pose "the greatest risk we face as a civilization."

Back in 2015, Musk helped fund OpenAI, a nonprofit tasked with researching "digital intelligence in the way that is most likely to benefit humanity."

And Musk isn't the only prominent techno-wiz to warn us about A.I. Stephen Hawking has said he believes artificial intelligence could "spell the end of the human race."