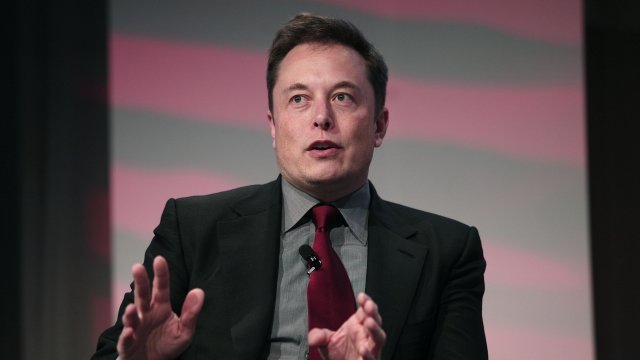 SMS
Here's What Elon Musk Wants Astronauts To Wear On The SpaceX Dragon
By Ryan Biek
By Ryan Biek
August 24, 2017
SpaceX's suit is designed to balance form and function for the astronauts that'll be traveling in the company's crafts.
SHOW TRANSCRIPT

We're getting our first glimpse at what Elon Musk wants astronauts to wear on SpaceX's Dragon craft.

On Wednesday, the SpaceX CEO revealed only one picture of the suit, but we can still glean some info from his Instagram post.

Some are comparing Musk's helmet to those worn by Daft Punk. And others are saying SpaceX's sleek suit looks more like a fighter pilot's than an astronaut's.

The latter falls right in line with Musk's goal of balancing form and function. 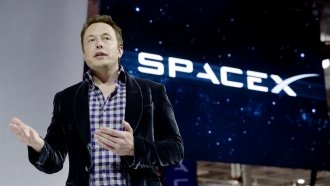 SpaceX Is Now One Of The Most Valuable US Tech Companies

SpaceX isn't designing these suits for spacewalks. Like a pilot's, Musk's suit is meant to protect its occupant while they're inside the craft.

SpaceX's suit looks a lot like the one Boeing unveiled earlier this year. And that's likely because the companies have similar business strategies — to have NASA pay them to take astronauts to and from the International Space Station.

Musk has promised to unveil more details on SpaceX's suit soon. We'll see what answers they have to Boeing's helmets that zip instead of latch, leg pockets that hold survival kits and footwear that Reebok helped design.