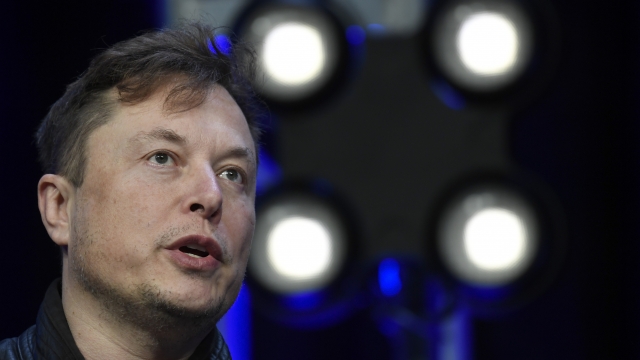 Elon Musk has said he wants to rethink Twitter's content moderation, raising concern from marginalized groups about the boundaries of hate speech.

Many conservatives have bristled at a social media company deciding what is and isn't language and ideas that deserve public distribution, and Musk has said Twitter should be what he calls an "inclusive arena for free speech."

"We want to be just very reluctant to delete things, just be very cautious with permanent bans," Musk said. "Time outs, I think, are better."

Areva Martin is an attorney and author. She told Newsy Musk's takeover raises red flags for marginalized and minority communities.

"There's fear of intimidation, there's fear of disinformation, there's fear of racial bullying," Martin said. "I question whether the owners of these sites really want free speech. They want to spread the messages that they want people to listen to and to adhere to. I don't know if we're going to get there, although I think there is a need for some kind of government intervention."

Now it's in question at one of the biggest social platforms on the planet.

"Although he's talked about getting rid of large swathes of his workforce, large swathes of that workforce are keeping the platform from descending into absolute chaos, anarchy, pornography, pedophilia, God knows what," said Mike Butcher, editor-at-large of TechCrunch. "Content moderation on social networks is an enormous, enormous issue."

The change comes as Ye, the rapper formerly known as Kanye West, tries to purchase the conservative social media app Parler amid intense backlash for his antisemitic comments.

It's a startling move into social media, but it might not amount to much.

The app has struggled to recover since its major hosts pulled their services after reports many participants in the Jan. 6 insurrection relied on it.

Still, a mainstream figure is attempting to take over a space where hate speech could run rampant.

Taken together, the moves paint a picture of the First Amendment under a stress test.

"We should watch to see what happens," Martin said. "There's been, again, a lot of folks — particularly people of color, a lot of women, a lot of strong voices on Twitter — who now are saying they're looking for a new home. It will have huge implications for not only the midterm elections coming up but for the future of our democracy and our politics as we know them."