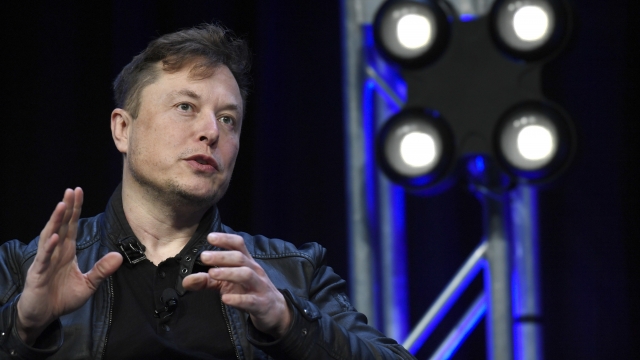 SMS
Elon Musk Threatens To Pull Tesla Out Of California, Sues Health Dept.
By LeeAnne Lowry
By LeeAnne Lowry
May 10, 2020
Alameda County — where Tesla has a factory — chose not to allow factories to reopen yet. Musk says his factory is "critical infrastructure."
SHOW TRANSCRIPT

Tesla CEO Elon Musk has threatened to pull the company out of California in a clash with the Alameda County Health Department.

The state's stay-at-home order started in late March. And while some parts of California have been allowed to ease restrictions, Gov. Gavin Newsom kept them for the San Francisco Bay area. New guidance released on Thursday allowed manufacturing operations to reopen, subject to the judgment of county health departments. Alameda County — where Tesla's Fremont factory is located — chose not to allow reopenings.

Musk tweeted that this is the "final straw" and the company will move to Texas or Nevada if it isn't treated better moving forward. Both states have less restrictive COVID-19 responses than California.

Musk sued Saturday night, contending that the factory is "critical infrastructure." The county said it had been collaborating with Tesla to implement a safety plan, but the company alleges the County Public Health Officer hasn't returned calls or emails.