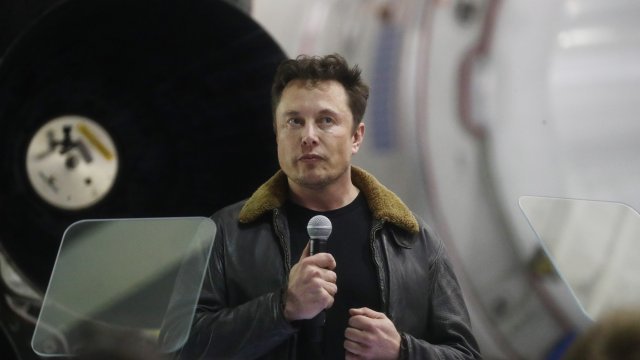 Elon Musk has to step down as chairman of Tesla, pay a $20 million fine and get committee approval for all of his communications to investors — including tweets.

That's all part of a settlement Musk agreed to with the Securities and Exchange Commission. The SEC charged the Tesla CEO with misleading investors after he tweeted in August that he had secured funding to take the company private.

Going private would mean Tesla stock couldn't be publicly traded, and Musk's announcement spiked the company's stock price. So Musk's $20 million fine, along with an additional $20 million fine Tesla has to pay, will go to investors who lost money in the ensuing market chaos.

The settlement also stipulates that Musk be replaced by an "independent chairman" for at least three years.

The SEC says Musk agreed to the settlement without admitting to or denying the charges.