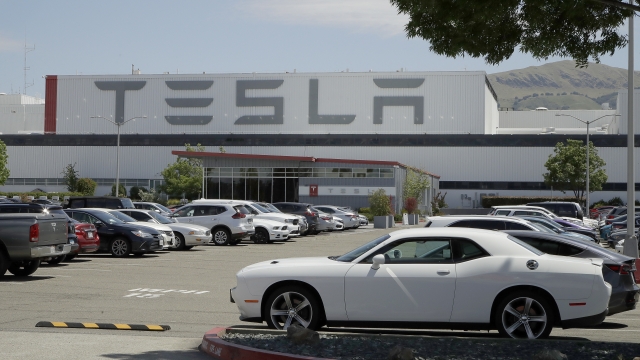 Tesla CEO Elon Musk ordered employees to go back to work at the company's primary factory in California, defying orders from local officials.

Musk announced the move on Twitter Monday, saying: "Tesla is restarting production today against Alameda County rules. I will be on the line with everyone else. If anyone is arrested, I ask that it only be me."

The factory is in Fremont, a city in Alameda County. Some regions in California have eased restrictions and allowed certain businesses to reopen, but Alameda isn't one of them.

Over the weekend, Musk threatened to move the factory from California to Texas or Nevada. And Tesla sued the county on Saturday, arguing the factory is "critical infrastructure."

The lawsuit accuses the county of violating the state constitution by defying the governor's orders to allow manufacturers to reopen.

In a statement to reporters, the county said it notified Tesla that it can only maintain "minimum basic operations" until the company's reopen plan is received and approved. But on Monday, it learned the company was working beyond basic operations.

In a blog post Saturday, Tesla laid out what it could do to reopen safely. It said its "restart plan" is modeled after its plan for its Shanghai factory, which it said "has seen smooth and healthy operations for the last three months."