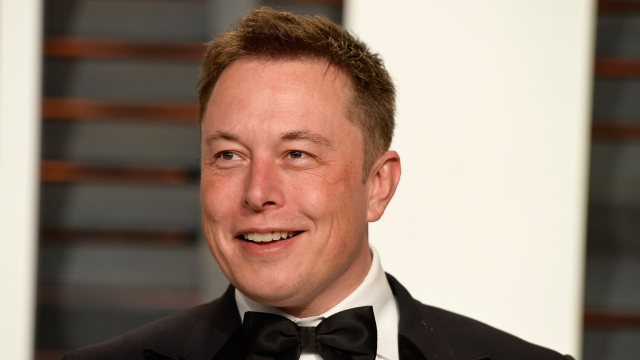 Only those who reserved Tesla's forthcoming electric car, the Model 3, have a chance to win.

Elon Musk is over being the "real-life Tony Stark." Now, he wants to be the real Willy Wonka.

Tesla, Musk's electric car company, created a "golden ticket"-style raffle for the grand opening of its Gigafactory outside Reno, Nevada. The plant will produce lithium-ion battery packs for Tesla cars and other products.

Making a reservation for a Model 3 vehicle enters you into the raffle, so it's not exactly as simple as buying a chocolate bar.

The grand opening is scheduled for July 29. Tesla claims the factory will produce more lithium-ion batteries annually by 2020 than the entire world produced in 2013.

But is the assembly line manned by little orange men? Because, at the end of the day, the world's coolest battery factory is still just a big building full of batteries without a chocolate river.

This video includes clips from Tesla Motors and Bloomberg and images from Getty Images.