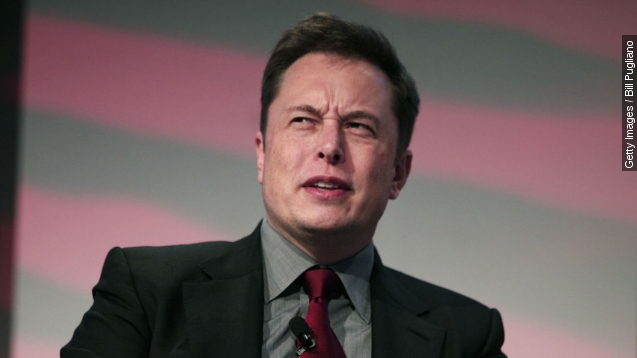 There has been a lot of buzz about Apple poaching engineers from Tesla to work on a project rumored to be an automobile. (Video via Apple)

But Musk apparently doesn't care. He told the paper that Apple is the "Tesla graveyard." (Video via Tesla)

"They have hired people we've fired. ... If you don't make it at Tesla, you go work at Apple. I'm not kidding," Musk said.

Despite what Musk says, he does seems a little agitated about all the attention the company is getting from the electric-car rumors.

Musk could be worried about a company with that much clout entering into the competition.

In the interview, Musk also touched on Tesla's profits, or lack of profits. He says he hopes the company will be profitable sometime in 2016, but he won't adjust plans for growth just to turn a profit.