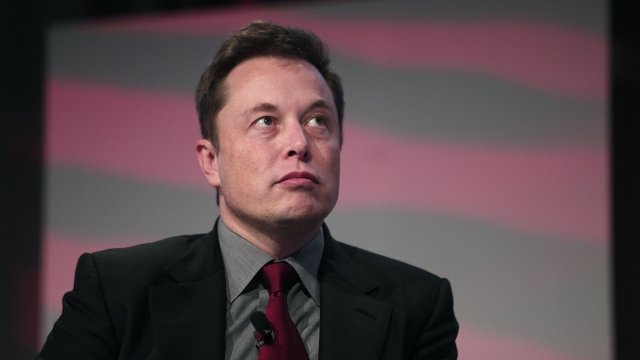 The tech billionaire's warning came after Russia's president said, "Whoever becomes the leader in this sphere will become the ruler of the world."

Musk's warning comes after Russian President Vladimir Putin told a group of students that "artificial intelligence is the future. ... Whoever becomes the leader in this sphere will become the ruler of the world."

The tech industry guru says AI could decide a preemptive strike is the "most probable path to victory."

Musk has been concerned about the future of AI for a while. Last month, he and other experts signed a letter to the United Nations asking the organization to ban lethal autonomous weapons.

Putin Says At This Point, Sanctions Against North Korea Are 'Useless'

Russia's president argued there's only one way to deal with North Korea as its nuclear ambitions grow.

Musk has also said he thinks AI poses "vastly more risk" than North Korea — and he appears to be sticking with that, even as the North claims it successfully tested a missile-ready nuclear bomb.

But Musk tweeted that North Korea ordering a strike would "be suicide" for its leaders and that the Hermit Kingdom doesn't have any alliances that could throw the world into a war.