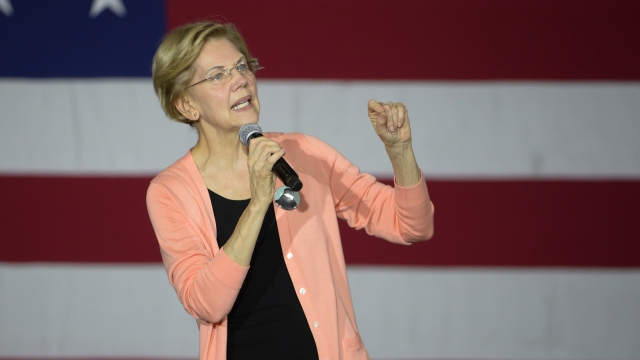 In her proposal, Warren said more needs to be done "to truly stem the spread of damaging false information," and that the U.S. is still unprepared to combat foreign election meddling. She called on tech companies "to take real steps ... to fight disinformation," including creating "clear consequences" for users who try to interfere with voting and taking "meaningful steps" to tell users when they've interacted with "fraudulent accounts."

She also pledged that her campaign "will not knowingly use or spread false or manipulated information" about any of her competitors. She said: "I'm sending a clear message to anyone associated with the Warren campaign: I will not tolerate the use of false information or false accounts to attack my opponents, promote my campaign, or undermine our elections. And I urge my fellow candidates to do the same."

If she's elected, Warren said she would endorse "tough civil and criminal penalties" against anyone who knowingly spreads false information with "the explicit purpose of undermining the basic right to vote." She also said she'd reinstate the cybersecurity coordinator position on the National Security Council, as well as consider sanctions for countries that try to sway elections using disinformation.

Last year, Warren's campaign bought a political ad on Facebook that intentionally included the false claim that Facebook CEO Mark Zuckerberg had endorsed President Donald Trump's reelection bid. It was part of an effort to show how easy it was for "politicians to run ads with known lies." She criticized the platform for "[throwing] its hands up to battling misinformation in the political discourse," alleging that "when profit comes up against protecting democracy, Facebook chooses profit."