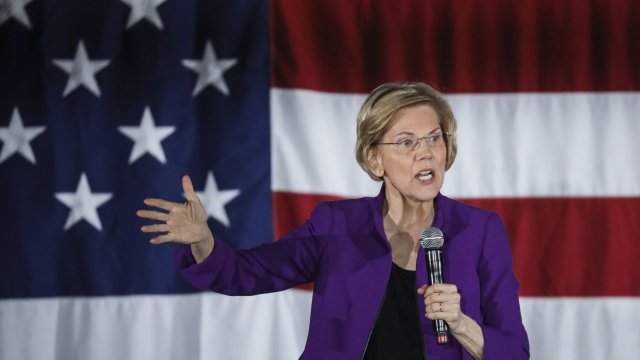 Warren announced a plan Thursday that would put an additional 7 percent tax on all corporate profits over $100 million.

Her campaign estimates the move would impact around 1,200 companies, most notably some of the big tech giants.

Warren specifically highlighted the fact that Amazon paid no federal income taxes last year, despite bringing in $10 billion. She says under her plan, Amazon's total tax bill might've been around $698 million.

That's because Warren's plan would also tax profits that are reported to investors, which include overseas earnings, instead of just the taxable income that companies report to the IRS.

According to the presidential hopeful, economists estimate her plan would generate $1 trillion over a decade.