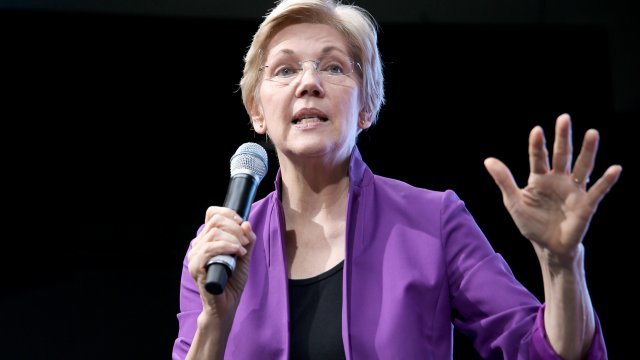 Kraninger currently oversees the budgets for the Department of Homeland Security and the Justice Department, which are carrying out the policy. At least 2,000 children have been separated from their families at the U.S.-Mexico border since the policy was announced.

Warren posted to Twitter Tuesday: "Kathy Kraninger helps oversee the agencies that are ripping kids from their parents. Now @realDonaldTrump wants her to run the @CFPB. I will put a hold on her nomination – & fight it at every step – until she turns over all documents about her role in this."

Warren and Sen. Sherrod Brown, the top Democrat on the committee that would confirm Kraninger, said in a joint letter, "The American people deserve to know what role you have played in developing and implementing this appalling process."

This may pose an extra challenge during Kraninger's confirmation process, which several outlets say was already expected to be tough due to her inexperience in financial policy.