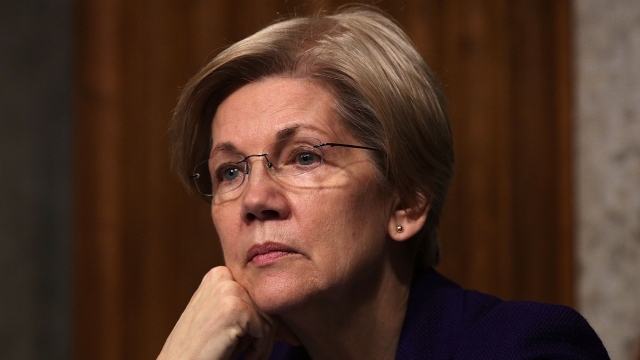 SMS
Elizabeth Warren Apologizes To Cherokee Nation For DNA Test
By Ahmed Jawadi
By Ahmed Jawadi
February 1, 2019
Many in the Native American community took issue with the test.
SHOW TRANSCRIPT

Democratic Sen. Elizabeth Warren has apologized to the Cherokee Nation for taking a DNA test to prove she had Native American ancestry.

The Executive Director of Cherokee Nation Communications told NBC News  Sen. Warren had reached out and "apologized to the tribe." That apology comes amid the Massachusetts senator's expected formal announcement for her 2020 presidential campaign sometime this month.

Sen. Warren, who grew up in Oklahoma, has said she is part Native American; a claim President Donald Trump has repeatedly challenged and ridiculed. After plenty of back-and-forth between the two, Warren's Senate campaign released the results of a DNA test last October. The results suggested she has a Native American ancestor about 6 to 10 generations back.

Many in the Native American community took issue with that test. Cherokee Nation Secretary of State Chuck Hoskin Jr. criticized the senator, saying, "Using a DNA test to lay claim to any connection to the Cherokee Nation or any tribal nation, even vaguely, is inappropriate and wrong. It makes a mockery out of DNA tests and its legitimate uses while also dishonoring legitimate tribal governments and their citizens, whose ancestors are well documented and whose heritage is proven."

The Executive Director of Cherokee Nation Communications concluded her statement by saying, "We are encouraged by her action and hope that the slurs and mockery of tribal citizens and Indian history and heritage will now come to an end."