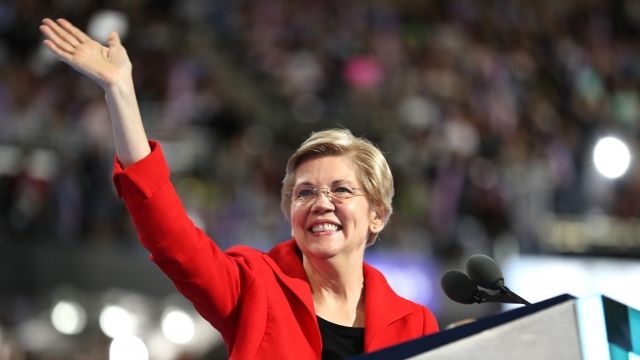 One of Donald Trump's most vocal critics announced she wants to stick around for his entire time in office.

Massachusetts Sen. Elizabeth Warren said in a blog post she intends to run for re-election in 2018 when her first term is up.

Warren said in her announcement, "The people of Massachusetts didn't send me to Washington to roll over and play dead while Donald Trump and his team of billionaires, bigots, and Wall Street bankers crush the working people of our Commonwealth."

This shouldn't come as a surprise. Warren has been one of the most talked-about progressives in Congress, especially during the election cycle. She and Trump repeatedly bickered back and forth while he was on the campaign trail.

Warren could face an interesting challenger who's incredibly popular in Massachusetts: Curt Schilling. The former Boston Red Sox pitcher and avid Trump supporter announced he intends to run for Senate in 2018. 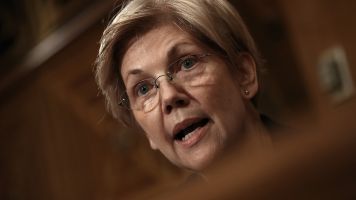 The former Major League Baseball star helped the Red Sox win their first pennant in more than 80 years back in 2004.

Since retiring from baseball, Schilling has made headlines for his inflammatory social media posts. He's shared images criticizing people who are transgender, comparing Muslims to Nazis and advocating for journalists to be lynched.

Schilling could try to ride the wave of populism that swept Trump into the White House. He's well known and successful in his career, and he's not worried about political correctness.

The only problem with that strategy is Massachusetts overwhelmingly voted against Trump, favoring Hillary Clinton by more than 25 percentage points.

Still, Warren said she's expecting a bigger, more expensive fight to retain her Senate seat than when she won it in 2012.