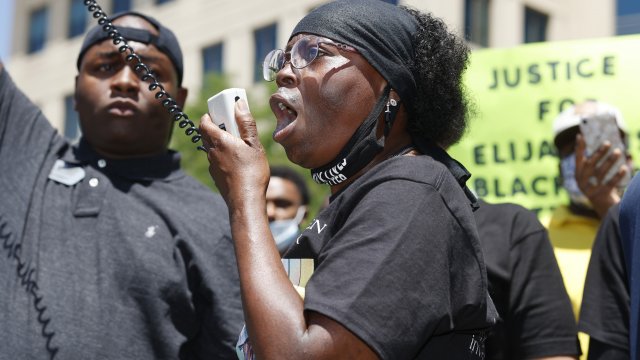 Elijah McClain's family is suing over his death in police custody. The federal civil rights lawsuit names the city of Aurora, Colorado, as well as some police officers and paramedics involved.

In a statement released by the family attorney, the McClain family says, "We have filed this civil rights lawsuit to demand justice for Elijah McClain, to hold accountable the Aurora officials, police officers, and paramedics responsible for his murder, and to force the City of Aurora to change its longstanding pattern of brutal and racist policing."

Police stopped McClain last summer as he made his way home from a convenience store.

The confrontation escalated quickly. Officers put him in a chokehold and a paramedic injected him with ketamine. McClain went into cardiac arrest while en route to the hospital and died days later.