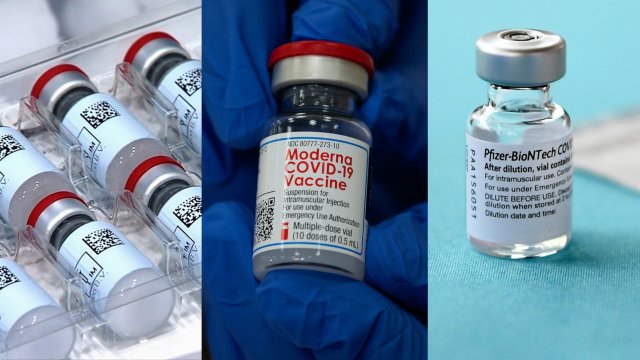 SMS
Eligible People Still Struggling To Get COVID-19 Vaccine
By Lindsey Theis
By Lindsey Theis
March 18, 2021
Vaccine eligibility is expanding to more and more people, but that doesn't necessarily mean they'll be able to get a shot easily.
SHOW TRANSCRIPT

"I played by the rules this whole time. Where is my appointment?" Kelly Mellott asked Newsy.

"I mean, I'm in group 1B technically here, but they ran out of vaccines within 1A," she said.

"It has to be so frustrating," reporter Lindsey Theis said.

"I have done nothing for a year. And then before that, the prior two years in my life, I was in the middle of cancer treatment."

Not everyone is playing by the same rules as Mellott. In Michigan, a nurse was arrested after police say she pocketed two syringes at a drive in vaccination site.

"They should put her into jail. I hope they give her the maximum," people said, learning the news at the vaccine site. "Not good. That’s dangerous. That’s real bad. I hope she gets what she’s got coming."

A 73-year-old couple traveled from Kentucky to Ohio to get their shots. The hospital that administered it said, “UC Health will offer vaccines to patients who meet the Ohio department of health eligibility criteria ... regardless of residence.”

"This overall vaccine program that we have in the United States, its goal is to get as many people vaccinated as possible," said Greg Kesterman, health commissioner at Hamilton County, Ohio, Public Health.

"We are seeing variability state to state, county to county. Where I live in Washington, D.C., we're seeing differences ZIP code to ZIP code. And so we really need a more uniform approach," said Dr. Michelle McMurry-Heath, president and CEO of Biotechnology Innovation Organization and a former senior FDA official.

And then there’s those left waiting -- for example, people without internet in states like Arkansas, which require an online appointment.

"Black, Latino, Native Americans, lower-income workers have been hit the hardest. And we're seeing as vaccines are rolling out that many of these communities have the lowest vaccination rates," Dr. Richard Besser, president and CEO of the Robert Wood Johnson Foundation and former acting CDC director, said.

Experts say the Biden administration’s goal of making vaccines available for all adults in May could cut through confusing eligibility guidelines. As for Mellott, she’s trying to stay patient.

"When do you think you'll get a COVID vaccine by?" Newsy asked.

"That's hard to say right now. There doesn't feel like there's any movement," she said.

Here in California, the changes to the eligibility list this week open the vaccine up to more than 4 million people, including those 16 and older with disabilities or underlying health conditions. Only about 10% of the state’s population is fully vaccinated.