Elephants Have Special Genes That Keep Them From Getting Cancer 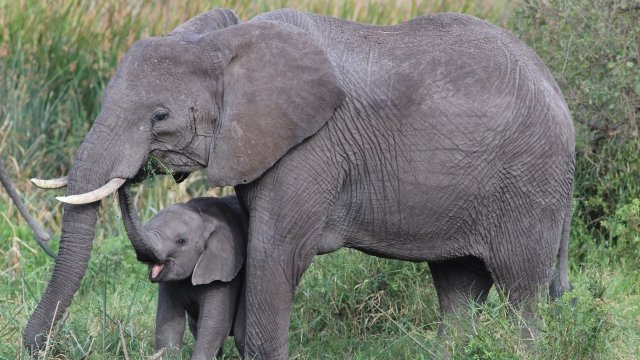 SMS
Elephants Have Special Genes That Keep Them From Getting Cancer
By Evan Thomas
By Evan Thomas
August 14, 2018
In elephants, an old set of extra genes is still intact. They kill off cells with damaged DNA, which makes elephants practically immune to cancer.
SHOW TRANSCRIPT

Elephants are one of the few animals that can resist cancer. New research is helping us understand exactly how they do it and could help our own fight against human cancers.

Scientists at the University of Chicago identified a specific gene called "LIF6." It protects elephants' cells from cancer.

If cells detect damage in their DNA, they activate LIF6, which breaks down their mitochondria and eventually kills the cells. Dead cells don't pass on bad DNA, so cancer doesn't spread. 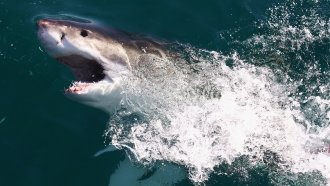 US Senators Learn How Sharks Might Help Cure Cancer

This ability seems to be unique to elephants — the necessary genes aren't intact in most animals. But the researchers found LIF6 can be made to work in other animals. When researchers added the gene to mice with cancer, the cells died before the cancer could spread.

That makes elephants promising research subjects, even among the tiny collection of animals that naturally resist cancer.

Researchers have investigated cancer in sharks, which have a different set of genetic defenses. They've also found naked mole rats create a molecule between their cells that makes them more flexible in their underground tunnels — and which also seems to make them totally immune to cancer.

But the mechanisms that protect sharks and mole rats tend to make cancer worse in humans, and scientists are still trying to understand why.

Now, researchers want to test LIF6 in human biology. If it works in elephants and it works in mice, maybe there's a way to make it work or duplicate its effects in our cells.