Election '22: What Matters: Election Integrity On The Ballot 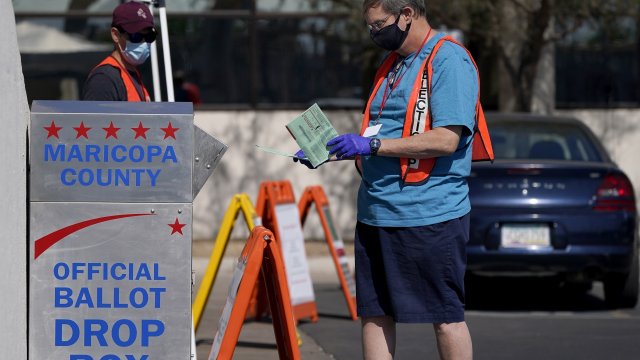 This week, Election ’22: What Matters examines the state of our democracy ahead of the first national election since the insurrection at the U.S. Capitol.

In Arizona, Republican leaders and candidates have perpetuated claims of fraud and cast doubt on election results. In recent days, gubernatorial candidate Kari Lake did not pledge to accept the results of the election if she lost.