Trump's Transportation Secretary Pick Is No Stranger To White House 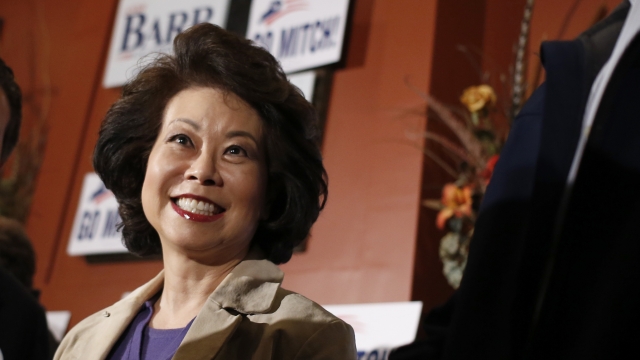 A familiar face in Republican politics will likely be heading back to the White House.

President-elect Donald Trump has reportedly tapped Elaine Chao to become secretary of transportation. She served as secretary of labor under former President George W. Bush for his entire eight-year term.

And she's familiar with the Department of Transportation — she served as its deputy secretary under former President George H.W. Bush.

And that was likely a fairly large selling point for Trump, given the extensive infrastructure improvements he campaigned on.

Chao has an extensive résumé that includes serving as chair of the Federal Maritime Commission, as well as being president and CEO of United Way of America.

The Senate would need to confirm the appointment, and it's expected to do so.

Chao is married to Senate Majority Leader Mitch McConnell. She was the first Asian-American woman to serve in a president's cabinet.