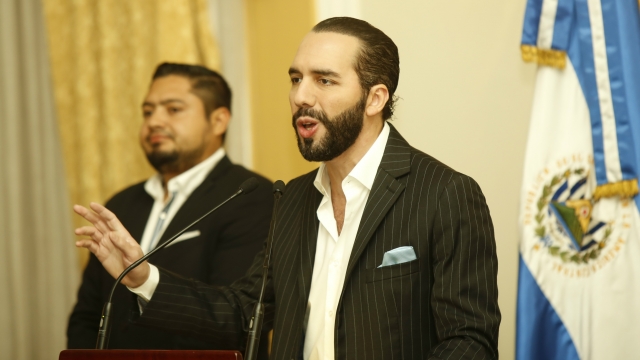 El Salvador's president says his country is to blame for the drowning deaths last week of a migrant father and daughter trying to cross the Rio Grande River into the U.S.

Salvadoran President Nayib Bukele made the statement in a press conference Sunday. The widely seen photo of Óscar Alberto Martínez Ramírez and his nearly two-year-old daughter brought worldwide attention to the perils many migrants face in their journeys to reach the U.S. for asylum.

Bukele said many Salvadoran migrants feel they have to flee the country due to poor living conditions, lack of economic and educational opportunities, and gang violence. He said, "They feel safer crossing a desert, three frontiers, and all of the things that may happen in the road to the United States because they feel that’s more secure than living here."

Bukele, who was elected earlier this year, reiterated his promise to end corruption, create more jobs and reduce crime and gang violence. El Salvador has one of the world's highest murder rates, and close to one-third of the country's households live in poverty.

The bodies of Ramírez and his daughter have been returned to El Salvador. They were buried in a private ceremony on Monday.