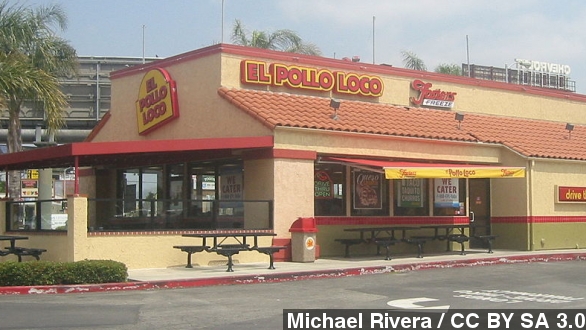 By Matt Picht
July 25, 2014
Chicken restaurant El Pollo Loco's IPO got off to an impressive start Friday, with shares trading at more than 60 percent of the original price.
SHOW TRANSCRIPT

The company debuted on the market at $15 a share under the symbol LOCO, with a valuation of $538 million dollars. Since then, share prices popped over 60 percent, climbing within sight of $25 a share. (Via NASDAQ)

El Pollo Loco, or "The Crazy Chicken" in Spanish, is competing with KFC and Chick-Fil-A to fill the fast food chicken niche. The company places itself on the upper end of the fast food spectrum, offering quality ingredients for higher prices.

The restaurant has 401 locations so far, but most of them are concentrated in the Southwest, particularly California. CEO Steve Sather told The Street he's looking to expand the company with a potential foothold in Houston.

"I think what you're really looking at is the consumer is willing to trade up, pay more for a better quality product and clearly one that might be a little more healthy for them."

But despite steadily increasing sales, the chicken chain is still struggling to turn a profit. El Pollo Loco lost $56.8 million over the last three years, and is still $288 million in debt. (Via Minneart / CC BY 3.0)

So why is everyone so eager to jump on the crazy chicken bandwagon? One word: Chipotle.

The popular burrito chain spun off from McDonalds in 2006 with its own public offering, and has seen steady growth and large profits ever since. Chipotle had about 500 locations when it first went public; today, the company has over 1,600. (Via Getty Images)

Now, investors are looking for the next Chipotle, and El Pollo Loco is just the latest chain to profit from the hunt. Mediterranean-style restaurant Zoe's Kitchen shot up 70 percent after its IPO back in April. (Via Michael Rivera / CC BY SA 3.0)

But while Zoe's has managed to maintain its growth, CNN points out other fast casual restaurants haven't fared so well after going public.

"Shares of sandwich shop Potbelly, which more than doubled when they went public last October, are now trading below their offering price. Noodles & Co. soared after it went public just over a year ago, but the stock [is] down more than 40% from its most recent high."

El Pollo Loco raised $107 million in its initial offering, which it plans to put against its debt.