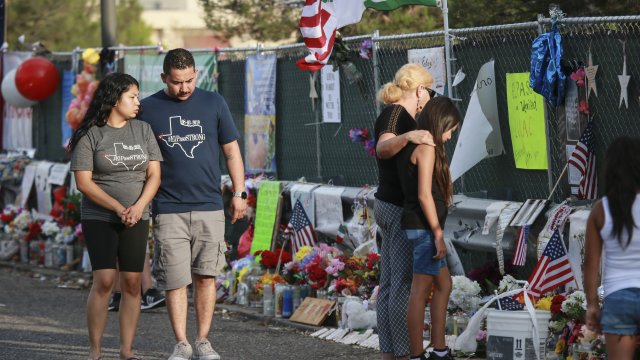 The suspect in August's El Paso Walmart shooting is facing 90 counts of federal charges, according to an indictment filed in the U.S. District Court for the Western District of Texas on Thursday.

The charges include "22 counts of hate crimes resulting in death, 23 hate crimes involving an attempt to kill, and 45 counts of discharging a firearm in relation to the hate crimes."

Twenty-two people were killed and dozens more injured in the attack. After surrendering to authorities on the scene, the suspect reportedly told police he drove more than 10 hours with weapons and ammunition to the El Paso Walmart and that he targeted people he believed were Mexican. He also allegedly posted a racist and anti-immigrant manifesto online.

The suspect pleaded not guilty to capital murder charges in October, despite that confession.

He's currently in state custody. If he's found guilty, he could face life in prison or even the death penalty.