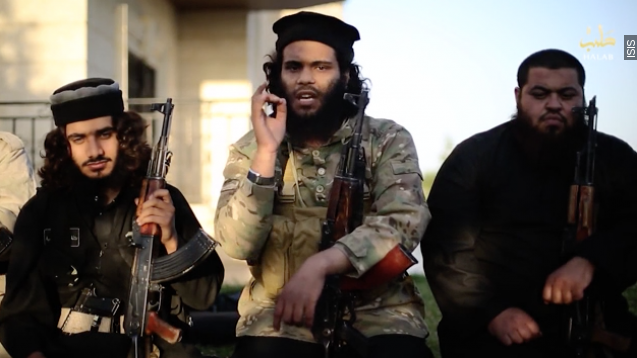 ISIS claimed its first attack on Israel from the Egyptian peninsula. Supporters posted an announcement on Twitter that the branch fired rockets at what it called "occupied Palestine," which was confirmed by Israel's military.

The rockets didn't injure anyone, but did confirm the fears of Egypt's neighbor, that Egypt's inability to control the ISIS branch would spill over Israel's border

It came in the same week as a coordinated attack by ISIS in Sinai on multiple Egyptian military checkpoints that killed at least 17 Egyptian soldiers and about 100 ISIS militants.

It was the biggest attack by the group in Sinai, which The New York Times says raises, "the possibility that it has begun to coordinate more closely with the Islamic State leadership based in Syria."

And in Gaza, militants who support ISIS in the Sinai Peninsula have been staging small attacks against Palestinian militant group Hamas. Which means bitter enemies Israel and Hamas also share a common enemy in ISIS.

This month, ISIS declared Hamas an enemy in a video it posted called "A Message to Our People in Jerusalem." It threatened to "run over" Hamas and "uproot the state of the jews."