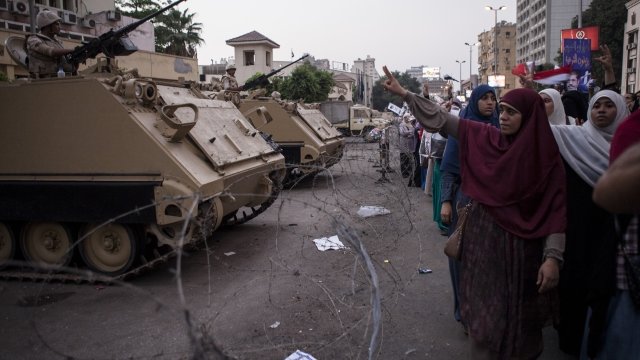 A court in Cairo, Egypt sentenced 75 protesters to death on Saturday.

The protesters took part in a 2013 sit-in in support of ousted President Mohamed Morsi. Many of those sentenced Saturday were members of the Muslim Brotherhood, an Islamist organization Morsi also belonged to.

By many accounts, the sit-in started as peaceful. But hundreds of people died when police violently broke up the demonstration. The Egyptian government says several protesters were armed and more than 40 police officers were killed.

After leading a coup and replacing Morsi, then-General and now-President Abdel Fattah el-Sisi outlawed the Brotherhood, labeling it a terrorist organization.

The sentences will now be reviewed by the country's top religious authority, although his opinion is non-binding.