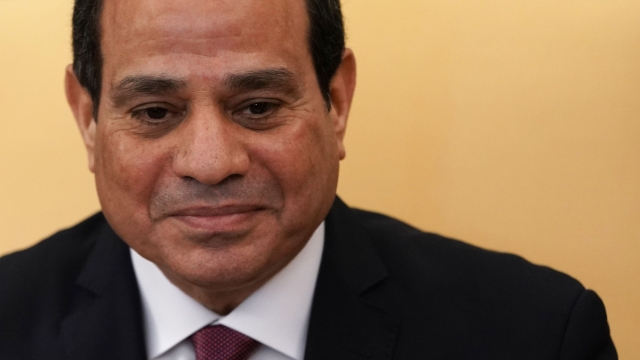 Egyptian voters have approved constitutional amendments to let the country's president remain in power for at least another decade.

In general, the amendments extend a president's term from four to six years and allow for a maximum of two terms. But an article specific to Sissi extends his current four-year term to six and allows him to run again in 2024. Other changes include granting Sissi the power to appoint top judicial officials and giving military courts wider jurisdiction in trying civilians.

Sissi thanked the Egyptian people in a tweet Tuesday, saying the vote "will be written down in our nation's historical record."

This all comes as a stunning reversal of what the president pledged back in 2017, in which he said he would respect Egypt's constitution and not seek a third term. Sissi overwhelmingly won re-election last year, which wasn't too surprising given that several potential rivals were either jailed or pressured to bow out of the race.