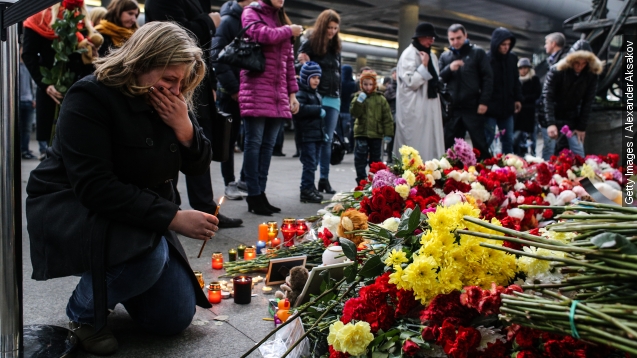 Egyptian officials say they have found no evidence of terrorism in the Oct. 31 crash of a Russian passenger jet on Egypt's Sinai Peninsula.

According to a statement from the country's chief investigator, work is still being done to determine how the Metrojet plane broke up in midair, but so far, there is no sign of an "illegal or terrorist act." (Video via RT)

This contradicts a Russian report claiming traces of explosives were found in the wreckage, convincing the Kremlin that terrorism was at play and prompting President Vladimir Putin to deliver an impassioned call for justice.

"We need to know all the perpetrators by name; we will search for them everywhere wherever they're hiding," Putin said through an interpreter. "We will find them in any spot on the planet, and we will punish them."

ISIS has claimed responsibility for the attack that killed 224 people, most of them Russian. In its latest magazine, the group posted a photo of a rigged soft drink can, claiming it was the bomb that brought the plane down.

Egypt has made efforts to prevent people from jumping to conclusions about foul play in the plane crash ever since speculation began, even as countries like Russia and the U.S. expressed confidence it was a terrorist attack.

Those supporting the terrorism claim say a noise recorded on the plane's black box a fraction of a second before the signal went out suggests an explosion occurred. (Video via NBC)

But Egypt says no hard evidence of terrorism has been found. The investigation is ongoing.