Efforts To Combat Hate Crimes Against AAPI Communities In U.S. 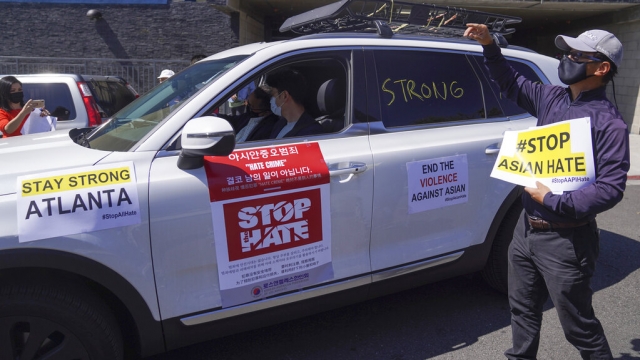 Between March 2020 and December 2021, nearly 11,000 incidents were reported to the advocacy group Stop AAPI Hate.

Michelle Au is the first Asian American woman elected to the Georgia Senate. She's also a strong voice and leader in the Asian American and Pacific Islander community.

"Having Asian voices at the table. Having Asian representation at even the highest levels of government," said Au.

In March of last year, a 22-year-old White man killed eight people at three Atlanta-area spas. Six were women of Asian descent. In response to the shootings, the AAPI democratic caucus introduced three bills to the Georgia state government. Two focus on community outreach, requesting translation services for 911 operators and police. The third bill aimed to require a five-day waiting period to buy a firearm.

"Since the time that we dropped those bills and since the end of this past session, those bills have gotten exactly nowhere. Despite all the rhetoric we heard and listening to the Asian population and all this incredible sympathy, no legislative action was taken," said Au.

There has been progress on the federal level — President Biden signed legislation making it easier to record and report hate crimes and violence against Asian Americans. Prior to the Atlanta shootings, and during the COVID pandemic, there was already a rise in such crimes.

Between March 2020 and December 2021, nearly 11,000 incidents were reported to the advocacy group Stop AAPI Hate.

Recently, Illinois and New Jersey passed laws requiring the teaching of Asian American studies in K-12 schools. And in California, lawmakers introduced two bills that aim to combat harassment and violence against the AAPI community in public spaces. And while she is frustrated by the lack of legislative progress in Georgia, Au says great progress is being made on the community level.

"I will say that where we lacked progress in terms of the legislation we were able to pass last session, we made up for in the way that community leaders, organizers, activists were able to galvanize this energy and grief into a larger piece of increasing Asian American visibility," she said.